Everyone in the sewing industry understands how embroidery is exciting and highly appreciated since it involves incorporating art and creativity to come up with the best. Each new day comes with new embroidery ideas to fit different preferences from several customers. How embroidery did came to existence? It is a question everyone asks, and through our research, we find out about the embroidery history and everything you would like to know about it.

Table of Contents show
1 History and Development of Embroidery
2 Embroidery today
3 What was embroidery used for?
4 Conclusions

History and Development of Embroidery

Embroidery is the unique art of decorating fabrics and materials by using a needle to apply thread on the desired place of your fabric. The term embroidery from its origin from the French word “broderie” means embellishments; embroidery has existed ever since the introduction of materials in many different forms. It is a unique craft practiced across the world it was discovered and developed in China, and it’s near east. However, tracing it back was found out embroidery was still being practiced during the stone ages, especially the cro-magnon stages.

Archeologists have found fossils among them were perfectly stitched and decorated clothing.
Embroidery involved tailoring, patching, mending, and reinforcing a cloth or fabric and later on apply creative sewing techniques to decorate the piece of cloth, thus leading to the embroidery art. Another embroidery form became popular during the early 1870s known as thread embroidery; it was about elaborating freehand stitches to perfectly swindle with the embroidery earliest produced embroidery machines. However in the 1880s it was replaced by cross stitches which became popular among the canvas fabric.

Many other early embroidery crafts have been found in many other parts of china dating between the 3rd and the 5th centuries B.C. Sweden also has been ranked among the nations where embroidery emerged. Some earliest embroidery arts were found around the 9th and the 10th centuries popularly known as the Viking age. In the early 1000 embroidery began to grow famous in Europe due to the emergence and growth of Christianity and royalty becoming more powerful. During these periods, highly decorated ornaments and garments in the form of wall hangings and table cloths were a real display of wealth and power.

Furthermore, embroidery played an essential role in the medieval Islamic world since it showed that the people belonged to the high-class status among the Muslim societies. Cities like Damascus, Cairo and Istanbul were found with highly embroidered handkerchiefs, robes, uniforms, flags, horse tapings and even covers. In the 18th century England and several of its colonies introduced embroidery as a required skill for making a girl be considered a woman, it also revealed the social statuses. Later on, embroidery machines were developed to enable embroideries’ mass production; this happened during the industrial revolution periods. The earliest machine embroidery was found in France as early as the mid-1800s, it was made to utilize both handcraft and appreciate the current technology.

In the early periods of the n a1900 the development of mail catalogues and paper patterns played a significant role, especially to spreading embroidery across the globe. It made more comfortable, now embroidery became something normal not sacred, people started practicing the art on cheaper materials, and many changes accompanied this. In its earliest stages, most societies tend to acknowledge women when it comes to embroidery. However, at this rate men gained interest in the art, and it became a whole deal enjoyed by everyone in the society.

Many people currently appreciate the art of embroidery, and it is practiced in almost every country in all continents. Many people have specialized in doing perfect embroidery art for different reasons, and it has even grown wider. Each day people grow creative and tend to come up with new, more enticing and beautiful ideas to decorate with their fabrics. Many embroidered fabrics are done with a particular meaning, depending on the occasion, situation and place. The following are the reasons why people still practice embroidery today:

You have options of doing embroidery as your hobby, or your occupation all it costs is less than you could think. Considering that many hobbies require relatively expensive materials to start up, that is not the case with embroidery. You can have fun with only a needle, a thread and a piece of fabric. Moreover finding those materials is very easy and you can highly rely on, which means nothing can stop you from having the kind of fun you want to have.

• Han made embroideries are useful.

It is normal to have your full concentration on a specific hobby and then after you are done with it, you find that the final thing is useless to you. That is not the embroidery case; and these are among the art products that are highly appreciated and applied in real-life situations such as decorating your table cloths, napkins, bed sheet, and towels among other make home-based clothing. Therefore nothing goes to a waste when it is about embroidery. Moreover, you can embroider even your jewelries and shoes.

• It is eco friendly

The environment we work in determine how productive and healthy we are likely to be exposed to, embroidery ensures that your environment remains clean. Moreover, the materials used are biodegradable; therefore, they do not threaten the environment and other beings. The best of all, there are no fuels needed to make the whole process successful.

• Embroideries are available in many different styles and techniques.

With embroidery, there is a wide selection of styles and techniques. You can practice your embroidery art using different techniques and basing them on various things such as nature, and many other beautiful things. That is why there are many different styles from which one can choose what they prefer the most at the best affordable costs possible in the market.

It is mostly applicable in cases where you might be having order and working on projects, hand embroideries can be easily carried to any place, and therefore you won’t be stressed on where to leave your stuff when you are going out. The tools engaged are small and does not require any larger spaces to store them; therefore, you will not have any bulky stuffs along with you.

What was embroidery used for?

When it was first discovered it was highly connected to royalty and social class, it was rarely found within the low-class people’s premises. The royal families and highly respected ones were in possession of the most beautiful embroideries. Their invention was meant to suit different purposes; here are the primary uses of embroideries when they first came into existence:

Embroideries were highly accepted as clothing decorations to the earlier ages, and the earliest 18th and 19th centuries. The inventors could beautifully decorate different cloth pieces from table cloths to the typical clothing for their daily lives and activities. Particular groups of women were assigned the duties of decorating superior men’s clothing and other people in their societies. Also, only women were given the responsibilities to decorate these unique clothing.

• It was used to represent royalty and social class.

The Muslim world cherished and still does cherish the art of embroidery; it was a direct representation of high social class. Their robes and particular praying carpets were perfectly decorated with embroideries that matched their praying patterns. The craftsmen embroidery materials included their footwear, crafted with silver and gold, the two treasures that made everything special during those periods.

• They were used as gifts and trade items.

As time went by, people started thinking on how to earn from the embroideries; they thought of making them as gifts to anyone who did anything special to the community. They were highly treasured by anyone who received them, with more revolution people started trading their embroideries with other products that they did not have at the moment. It marked the most significant trade achievement, especially during the industrial revolution when it was possible to produce large amounts of embroideries and exchange them for gold, silver, and other valuables.

Many current revolutions have been made so far depending on how creative each generation becomes, however, this does not change the treasure embroideries hold. Almost every household you will possibly see, and embroidered stuff makes everything look beautiful and more admirable. Their requirements have made it become embraced and want to be practiced by everyone. Some schools and colleges have gone a mile further to introduce programmed whose primary goal is to produce highly skilled experts in the embroidery industry. 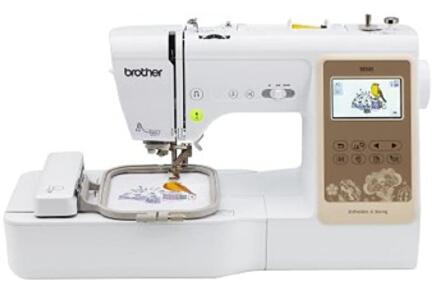 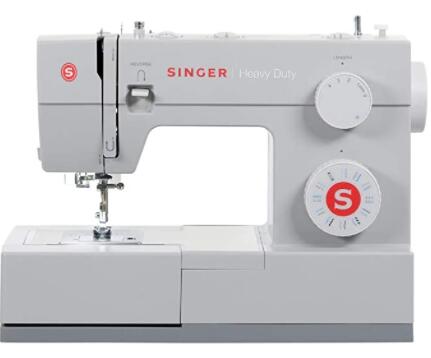 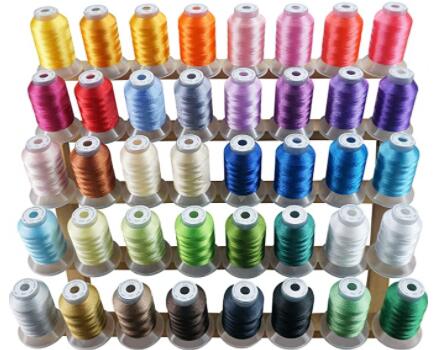 For Experts  For Beginners  Large Fabrics

Easy to Use   Buttonhole  Walkingfoot

Commercial  For kids  All in One   Designers